By now, much of the world’s population has learnt about the ongoing trade fiasco between the United States of America and the Republic of China, but do traders understand it’s implications?

Fight #2: US Removes Steel and Aluminum Tariffs for Canada and Mexico.

Fight #3: China Announces $60 Billion Tariff on Technology Exports to the US.

Fight #5: China threatens to Cut Off Rare Earth Minerals to the US

These events spanned from May 2018 — May 2019. The world’s two biggest economies clashing has lead to ramifications for all nations. If you recall from my previous blog post of safe haven currencies, you’d know that in times of market instability and ‘crisis’, nations turn to safe haven currencies.

In this case since the USD is involved, the market saw a stronger Japanese Yen (JPY) and Swiss Franc (CHF). To make matters worse, US Secretary of State, Pompeo said that the United States may or may not make a trade deal with China. This is a cause for concern and indicates that talks are still ongoing and a deal is far from being reached. However, most investors are holding onto the belief that both the United States of America and the Republic of China want their economic prowess back, and that making a deal is the most obvious and rational thing to do.

So when/if that deal is reached, what should we forex traders do?

Ideally, we should take advantage of the situation at hand. Taking a quick look at USD/JPY and USD/CHF, we can see that we had an initial fall-out last week, but we are on brink of recovering.

Let’s take a look at USD/CHF:

USD/CHF is bouncing off an ascending channel after it’s initial reaction to the trade war. If a deal is made, investors will unload on Swiss Franc currency bonds, and drive USD/CHF to 1.02500 region. Swing traders may enter now as we’ve made a slight retracement to accumulate contracts before moving higher.

Be advised that any further developments in this ongoing feud can and most likely will lead to more volatility, especially to USD, CHF, JPY, and AUD pairs.

That’s all for today. Happy Trading! 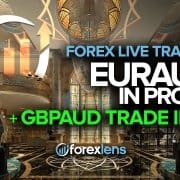 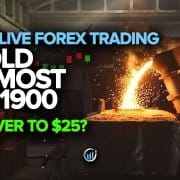 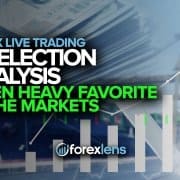 Forex US Election Analysis - Biden Heavy Favorite in the Markets
What Are The Safe Haven Currencies?