In today’s live trading session, we went over the trades we took this week to achieve +140 pips. We then determined two key setups to trade next week.

As previously mentioned, Non-Farm Payroll week could go in two directions, full of life or relatively quiet except for volatility during the release. This week the situation was the latter, and we were still able to make the most out of it. Despite finding several trade setups on Monday, we were only able to get entry into four trades. We had three winning trades, and one losing trade. Our larget winner was EURNZD with a gain of up to +130 pips. Our losing trade was for USDCAD for -41 pips. We then had two intraday winning trades for CADJPY and NZDUSD.

The rest of the session, we focused on trades that we could take next week. There are two trades that we were possibly looking to hold over the weekend. They were for NZDJPY and NZDUSD. With positive NFP employment data, we believe a strong US Dollar will facilitate these setups. We will be looking to reenter short Monday morning unless price action changes drastically. We then found a possible intraday setup for GBPCAD which would take the pair back up to its daily resistance.

We hope you are all learning and practicing the content that is taught in our sessions. We love to continuously see our traders start trading on their own and achieve great success. Since the US Dollar has seemed to found its way, we believe next week will be a great week to trade. Have a great weekend! 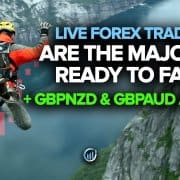 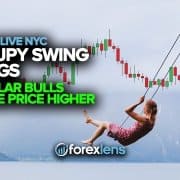 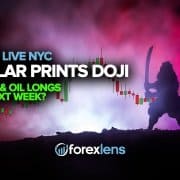 Dollar Prints Doji + Gold and Oil Longs for Next Week? 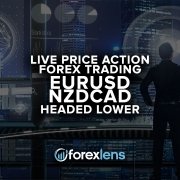 When to Exit A Trade + Bearish on EURUSD & NZDCAD 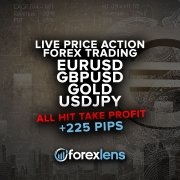 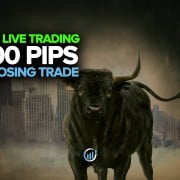 +400 Pips Made With Only ONE Losing Trade!

A Goal Without A Plan Is Just A Wish

Trust The Process
Scroll to top