In this video, Jon Morgan goes over what a parabolic move is in forex trading. A parabolic move in trading is when a market moves up exponentially, leading to an unsustainable or what Jon likes to call, a dishonest move. Essentially, parabolic moves in the markets are a very violent swings to the north, which usually lead to elevated volatility, and they are almost always met by equally violent corrections in the same manner that. Parabolic moves are very hard to trade since buying or selling a parabolic move is very dangerous.

Jon Morgan has also uploaded a video in our live trading room, explaining how to set up his charts. He will explain how to use  the oscillators in conjunction with the Gann Theory. We are currently offering a FREE 7-Day Trial for the VIP Trading Room. CLICK HERE to take advantage of the offer. You may cancel at any time. If you choose to continue, you will be re-billed on the 8th day. You can also follow some of Jon Morgan’s analysis on TradingView. https://www.tradingview.com/u/captainquenta/

I would like to go over what a parabolic movie is in trading.

In the Forex Lens live trading room, I just uploaded a setup video which will be available shortly, where you can see how I set up my charts. I’ll also show you the oscillators that I use and where to find them, and how to use the Gann square tool that you saw with the Gann angles and arcs.

The easiest way to tell if move is parabolic is by looking to see if its trendlines are increasingly upright. If it has more than one uptrend support level, then what we’re saying is that move is parabolic. Parabolic moves always lead to some type of elevated volatility, and are almost always met by equally violent corrections that are usually in the same manner of the rise up. Therefore we need to be careful, but we can finally and thankfully have a long bias with the EURUSD. However, we’re not going to want to go long until we see a bit of a correction.

Could this EURUSD pair move up more? Sure we can. Parabolic moves are very violent swings to the north and are very unpredictable. We went above a longterm trendline but we also have a new moon phase coming up. It will be moon phase on the 16th and it is also a new moon. This means that if we’re is near market high during the new moon phase, there is a high probability of price coming down for a reversal. We are at really massive market hikes right now and have got a lot of bullish indications on the EURUSD pair. We will keep an eye on the euro as it really determines how everything else is going to trade.

So we can just look at the price action from Friday because we’re only looking at the 12th through the 15th. We had just big pushes through and didn’t get any resistance as we just blew through the resistance zone overnight during London open. We are kind of floating around these current levels and don’t have a lot of participation at these ranges. Since we’re near a new moon, we have some bearish sentiment here so overall we can have a fairly bearish bias short term.

I’ve said before that I’m not a huge fan of fibonacci retracements on anything less than the weekly charts. We can put up a weekly fibonacci retracement here from the most recent swing low to where we are now. So if I’m looking at the weekly and if we prescribe to Gann’s Theory that markets like to retrace 50 percent of their movement or even going as far as finding nearby support, then we’re looking at a fairly significant move down – which would be very healthy and great for us to go back long.

I don’t have any re-entries around these areas, in fact if the EURUSD stays around these elevated levels, we may have to wait up to a few weeks before we get a safe long entry. I want you to look at these oscillators – let’s look at the 8-hour chart for the EURUSD. I want you to take a peek at these levels and their oscillators. I want to kind of get an idea on the 8-hour chart, where we have key divergence (although we’ve had divergence repeatedly in this pair).

There’s a lot of other fundamental reasons why EURUSD is moving up and global growth is one of them that’s really going to pump it up for traders. For traders who have this viewpoint, if you’re a U.S. trader and you’re new to forex trading, you may often wonder why are the dollar pairs are doing so poor when the economy is doing so well. Let’s say you have you’re an investor and you have a boatload of money, you’re going to want to put it somewhere, where it’s going to have the most growth. So generally, where you’re going to get the most return on your investment is going to be in the place with the most risk and that is going to be emerging markets and economies, and places generally outside the U.S. Europe doesn’t fall into that risk category (although I think it does), but you’re not going to have a much risky, big growth there compared to an emerging markets.

The other thing is that although it is bullish for the U.S. economy, it may not be for the U.S. dollar because if everybody’s currency is gaining more value against the U.S. dollar, that means they have more money to buy things in the United States and Canada. Canada and the US have the most connected ties economically, they’re like brothers from other mothers. It affects both of them, so when there’s more valuable currency somewhere else that’s more expensive than your own, it’s cheaper for people to buy stuff from you. That is one of the reasons why your currency goes down. Like the U.S. dollar, that’s why it’s going down – there’s just not not a lot of risk right now. 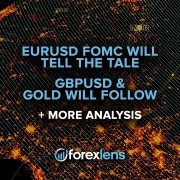 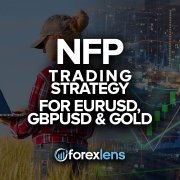 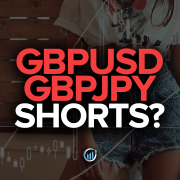 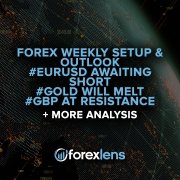 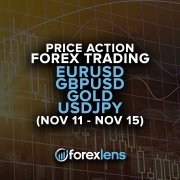 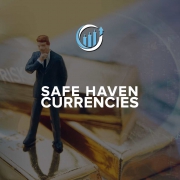 What Are The Safe Haven Currencies?