After an exhilarating few days of price action, the US Dollar Index (DXY) is back to consolidating. In the meantime, Gold (XAUUSD) is priming for another move lower to last week’s low of 1763.

Last week ended with a bang as the Dollar came crashing down back to 91.900 after making a new high for the quarter. Traders were able to get into several profitable trade setups in the early part of this week. Since then, however, the Dollar has found itself in a range. Based on candlestick analysis, the price will most likely resume the original uptrend after breaking the range high.

One trade setup that will surely benefit from the Dollar moving higher is shorts for Gold. Since last week, Gold has dropped well over +1000 pips. Currently, the price is moving in sync with the Dollar and is consolidating above 1765. A daily bearish break below this level will send Gold to March’s low of 1682.

Earlier today the US released its GDP and it came out at 6.4% which is on par with the forecast. However, unemployment claims were slightly worse at 411,000 versus the forecast of 382,000. It will take a lot more fundamental impact to keep the Dollar lower, as the rapid reopening of the economy will soon push it inevitably higher. 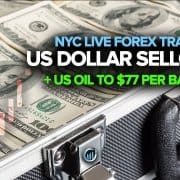 US Dollar Selloff + US Oil to $77 Per Barrel 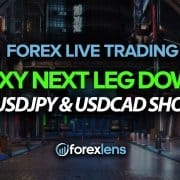 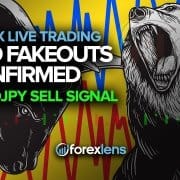